This Cool treehouse near Whistler, BC became a global sensation because it used…

OFF GRID LIVING BLOG, PART 3: All about off-grid power generation in off-grid h…

Looking to build a small home as eco as possible, where do we start?

With a hot tub, personal chairlift and the mountainous playground in his back yard, snowboarding pioneer Mike Basich re-defines what a truly rich life looks like.

Snowboarding pioneer and photographer Mike Basich built himself an epic Tiny off-grid cabin. Without a bedroom or bathroom per se, but equipped with a hot tub and chairlift, this gorgeous Tiny House is most perfectly situated in the heart of the Sierras.

Basich began his career as one of the pioneers of snowboarding. Once embroiled in competitions, he lived a very "big" life which he describes as the American dream: a 4,000 sq. ft. home and expensive car, but ultimately it left him feeling unsatisfied. He bailed out of competitive snowboarding and integrated his passion for photography with his love of the sport.

Long before the days of GoPro cameras, Basich would hook up rigs for full-sized cameras so he could film while riding.

Eventually his path led him to shed his possessions in search of something more, and finally, inspired by nature and deciding against falling for the charms of boats for sale in Vancouver BC, Mike Basich decided to build himself an off-grid Tiny House in the woods. Armed with an appreciation for the great outdoors and a desire to learn to live off-grid, he bought 40 acres in the Sierras where he could do just that.

After five years of hard work, Basich had a beautiful and artfully designed tiny home, respecting the principles of the golden ratio and perfectly suited to his lifestyle.

He spent about two and a half years on the stone work alone. All of the water for the mortar was hand-gathered and he hand-mixed the cement that would eventually hold together approximately 175 tons of rock.

Once his cabin was complete, with the help of friends he built the rope tow and then chairlift, essentially making his backyard their personal playground. Mike describes his accomplishment as fulfilling a childhood dream and we can certainly see why.

Journalist Lara Ling interviews Mike as part of the series Going Off Grid.

Who else wants to be best friends with Mike Basich now? And it's not about the cabin or the lift, it's about his most excellent attitude and perspective.

In case you're wondering, Basich does have a second home - on wheels.

Builder of Tiny Houses on Wheels By Minimaliste Inc.

What we can do is give you a list of things to consider and things you will need to decide on. This is at least a starting place, feel free to ask follow up questions about any of it, here goes!

A ‘Tiny House’ is typically on wheels, but in our opinion, immoveable homes are better. If you are looking for a mobile tiny house, here are a few links to check out:

If you are looking for a stationary house, you need a piece of land to build on. I’m not sure, but do you have that land already? Great if so, but before purchasing a building lot I would check with the local municipality if they have a minimum home size requirement, and if that is a size you are comfortable with. Here are some pages to help.

Choosing between a slab on grade and basement – slabs are cheaper, more ‘eco-friendly, healthier and more durable. You can buy a prefab slab kit, or you can have one designed by an engineer and build it yourself (with your army of helpers) Keep in mind, depending on site conditions an soft costs such as engineering and permitting, one isn’t always cheaper than the other between prefab and hand made, so price them out.

To stay on budget when building a home, you need to carefully plan the steps ahead, see below.

We will have more news in the near future about innovative prefab kit homes that are LEED Certified and Passive House ‘ready’, in that they are of a quality that can meet those requirements. That’s a good thing for living off grid because it keeps your heating costs down, which In your case I imagine is likely firewood? Some solar heating options are linked below.

That is really just a start, you still need to choose a wall assembly, here are a few pages of material types that are available.

This is probably waaaayyy more info that you were expecting, and some you may have read before but I just wanted to make sure you found a few of our more obscure and interesting off grid articles.  You can find all that stuff and more in the Ecohome Building Guide Pages, but also pop in any  keyword like 'off grid' in the search box at the top of every page and you will find even more. Good luck!

An Earthship does not work well in a cold climate. They lack a few key components to be considered an ‘eco friendly’, or sustainable house, to specifically name the two biggest omissions– heat recovery ventilation and proper insulation. A really good HRV or ERV can recover as much as 90% of the heat in exhaust air, the ‘earth tube’ ventilation in an Earthship recovers 0%. The other main conceptual  flaw is designing and building it with the notion that they will be warmed by the ground, which is completely untrue in a cold climate. So they usually have uninsulated floors, and with high levels of humidity that can lead to mold and mildew issues, as well as an increased heat load and uncomfortable feet.  We have a full analysis of it here on this page–

If you want info on how to build a passively heated off grid house, see some of these pages Passive Solar Home Design and Living Off Grid.

As for Geothermal, it is a great system for efficient heating, the only problem is that the cost can be extremely prohibitive. For very large homes it can make sense, but for a modest sized home, the return on investment may be quite far away and you are often better to invest in better insulation, windows and air sealing. You can see more her on our page about geothermal home heating.

Not trying to burst your bubble on the Earthship, I just don't want you going in expecting one thing and getting something entirely different, as in a home that is often too hot or too cold for human comfort. Have a read on a few of those pages and feel free to write back with any questions.

We are hoping to be able to deliver high performance prefab kit homes to the Southern US in the near future, You may have already seen the above page with kit house models but if you submit a request for a quote or  join ecohome as a member for free, we will be able to let you know when they are available in your region (we don't spam members or share your address either). How soon are you building? 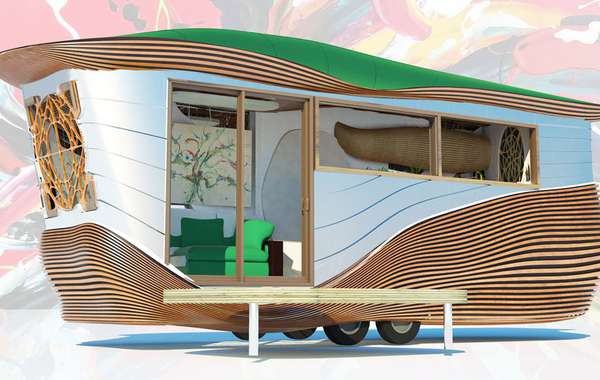 Are you wondering how to build a Tiny House for living in cold climates? How much insulation does a tiny house need? See plans for the best tiny house on whee… 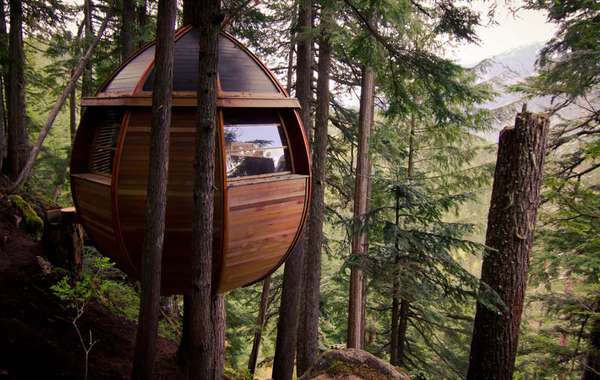 With free materials found on Craigslist, Joel Allen built his treehouse, The Hemloft, hidden in plain sight on Crown land. Now that he's shared it with the wor… 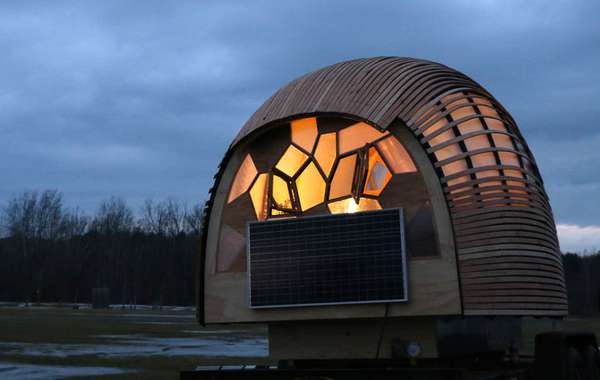 With independent power and water supply, 70 square feet and a set of wheels, Otis is ready to hit the road. Three years ago, professor Lucas Brown’s students i… 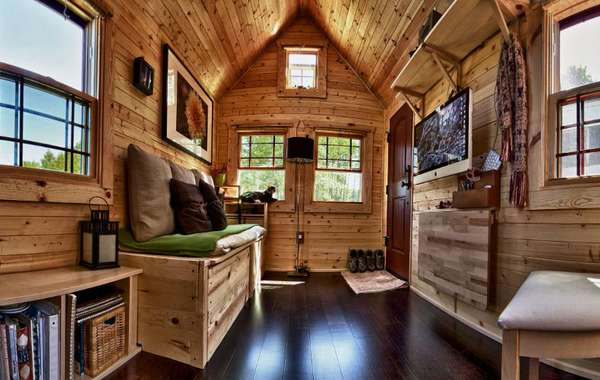 Despite being portable, it's almost impossible to think of this traditional looking tiny house as an RV.   Inspired by the Tiny House Movement, Chris and Malis… 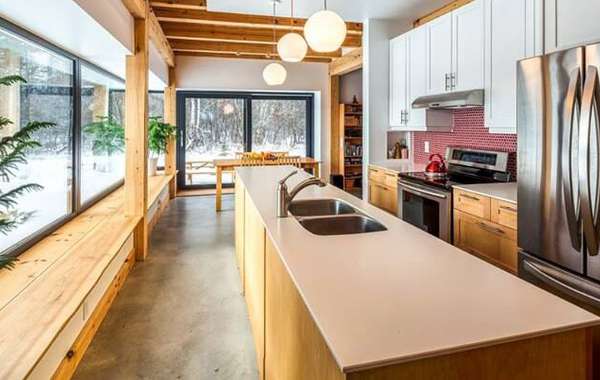 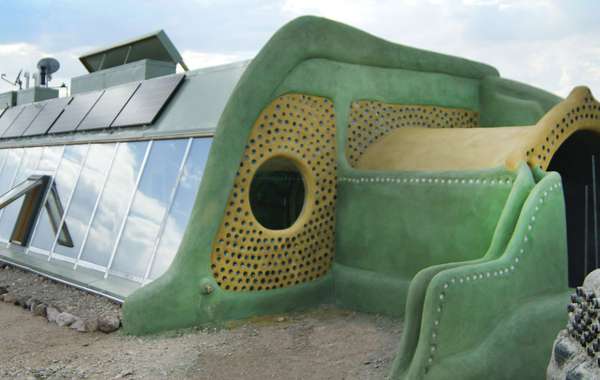 Despite the good intentions, Earthships in cold climates can't work because they contradict the laws of physics. I'm not the Mike Reynolds who invented the Ear… 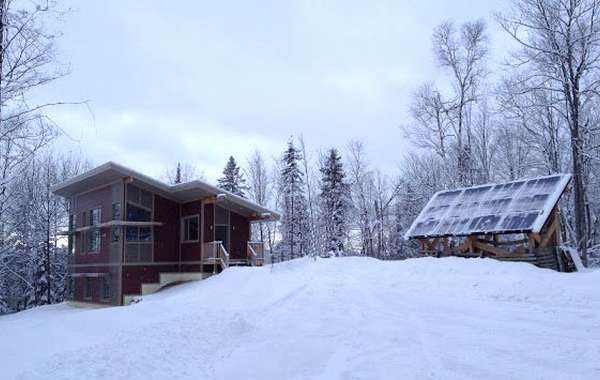 Off grid living blog, part 3: This third post by Craig Anderson outlines the energy systems of his off grid house and explains why he chose them. This is the t… 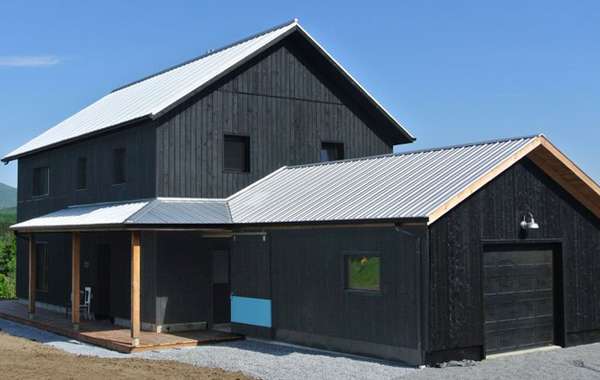 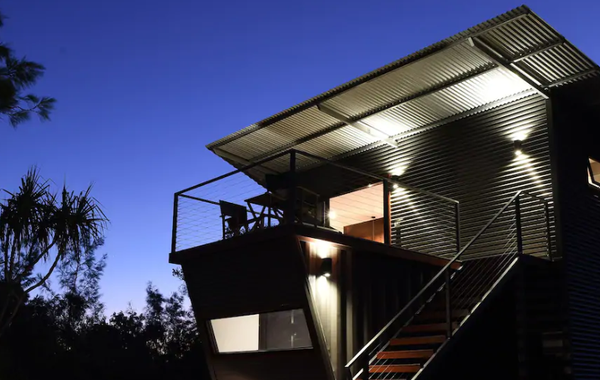 We have mixed views on homes built from shipping containers, but there's no denying that their architectural style can be appealing, here's one Tiny House exam… 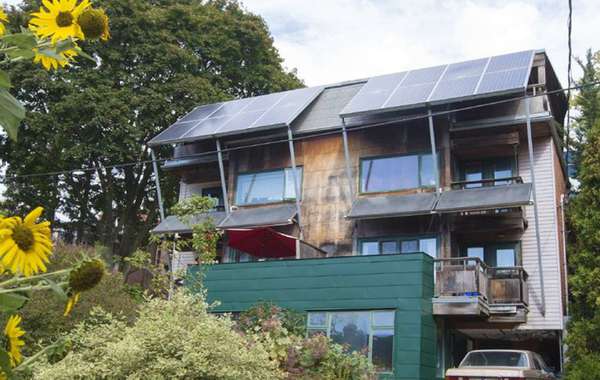 The Toronto Healthy House was built in 1996, completely independent of municipal water, sewer and electricity systems. Here is a look back at it. In 1996, this…

Looking to build a small home as eco as possible, where do we start?