What insulation should I put on basement block walls that is resistant to mold?

What is your opinion on filling block foundations with concrete?

I am looking for advise on how to insulate CMU walkout basement with Rockwool insulation.

I am in climate zone 3A.

I already have stud walls framed with 1.5”-2.5” gap between back of studs and CMU wall.

I was planing on the following assembly :

In my climate zone I can get away with 1.25” comfortboard R5 for walls that are 50% or more underground . That is half the basement. For other half i can either add batt insulation to 1.25 or try to fit 2” instead of 1.25 “ if space behind studs allows:

My Questions are the following :

Will there be any issue in having only 1.25” with empty wall cavity ?

Now Is it better to install smart vapor retarder or just use latex paint ?  Code doesn’t require any vapor retarder in my area. But I am also trying to avoid getting condensation on cold foundation wall in the winter during heating season and want to allow wall to dry in the summer .

I am also a bit confused about smart retarder and how they would work for basements.

Basements and basement walls work differently in summer and winter than walls exposed to air .

Basement walls are always cold but touching earth on the other side that could be 99% humid . So the wall needs to dry to the interior right ?

How would smart vapor retarder work in winter   If wall gets wet from heavy rain will the membrain open up to let the wall dry to the inside? But if it opens up when it senses moisture how come does it block interior vapor moisture at the same time?

Climate Zone 3A in the South Eastern US is a predominantly hot and humid climate with a certain amount heating days, so you’re obviously doing more cooling than heating, which will impact the ‘ideal basement wall assembly’.  First read here, this page tells you all you'll need to know -

Given the description of the wall assembly you listed, we realize you’re not likely to change course, but even just for other readers we need to point out that in an ideal world you would always insulate a basement from the exterior. Structures are like humans in the sense that they prefer balanced temperatures rather than constantly being in flux with seasonal changes.

Having said that, when you’re already doing an interior basement renovation, we realize it makes sense to do your work on the inside rather than absorb the additional cost of insulating a basement from the exterior, as you would be looking at thousands in additional excavation costs to remove and replace dirt.

So, if we were to be insulating a Cinder Block Foundation from the interior using Rockwool, here are the factors we would prioritize and how we would do it.

Our first suggested assembly for interior basement insulation would be a vapor barrier membrane directly against the concrete block foundation, with a channel at the bottom for drainage, either a surface drain in the concrete, or we would remove the concrete from the floor along the perimeter and install a French drain. That way you keep the moisture out in the first place, and you create a drainage route for any water that may accumulate on the foundation wall and drain to the floor. This would also have the advantage of creating a radon gas membrane (See our pages on Radon barriers in basements for more information). Then we would add rigid insulation panels, a stud wall with batts, and drywall with latex paint.

But - the assembly you mention would work, however, we wouldn’t include the smart membrane in that case. The predominant source of humidity would be the walls, not the interior air, so we would allow the moisture to dry inwards and manage it with either a dehumidifier, or and HRV or ERV (Heat Recovery Ventilation / Energy Recovery Ventilation).

The Rockwool insulation boards can go right against the CMU wall (Rockwool / mineral wool is not harmed by moisture, so you alleviate the risk or mold forming inside walls. Then add the stud wall (with batts in the cavities). Unless you need the smart membrane to appease a building inspector, we would omit it. Where the wall will be half-backfilled, it will only be able to dry to the interior, so let it keep doing that. Meaning, install drywall directly on the studs rather than including a smart vapor barrier membrane (Intello or Smart Membrain from Certainteed)

The inconsistencies in a concrete block foundation mean there will be a small air space regardless of how you space it, and air spaces are always good to have. But, it is also very important to make it airtight. If you have a Basement wall with a high air leakage rate then you risk having a convection loop where warm, humid air is constantly being delivered to a cold surface behind your stud wall. So, we would also recommend an Airtight Drywall Approach (ADA), which you can achieve with caulking, acoustic sealant and backer rods, and thick sill gaskets underneath the bottom plate of the stud wall.

Regarding the smart membrane and how they work – they typically meet the requirements to be classified as code-compliant vapor barrier in cold months, when interior moisture is higher than exterior. In the summer months, the pores of the membrane are more open, which allows a small amount of moisture to pass through. They are designed more for colder climates than yours where vapour barriers are part of code but where cooling loads are also fairly significant.

One of the best things about smart membranes is that they 'look' like typical vapor barriers when inspectors come by, but they are more breathable. Building Code has not kept up with building science, and you should NEVER cover a basement stud wall with 6 mil poly, yet many inspectors insist on it, so this can appease them, but it doesn't do the harm of a typical vapor barrier.

I greatly appreciate your reply.

I am also trying to understand what is the best and less labor effective way to insulate rim joist between joists with Rockwool to avoid moist warm interior air condense on the rim joist behind Rockwool (between rim joist and Rockwool ) . I am planing on placing drywall on the walls and ceilings but that won’t make it air tight because I will have central area of the basement (utility hall ) that will be unfinished and any area will be able to travel from center of basement up to the joists then between the joist to the rim joist . Additionally there is no way I can seal the 1st floor floor boards as there will defiantly be air leakage thhru the floor down to the basement.  Foam board would be ideal but it is out of question because of termite concerns.

Word on the street is that mineral wool insulation is fairly termite-resistant since the stone fibers cut their exoskeletons, so they aren't big fans apparently. However, there is not a lot of hard evidence we've found to conclusively back that claim.

Are you able to insulate from the exterior? If so - you might want to consider mineral wool rigid insulation board all the way up to the above grade wall then perhaps cover them with a cement board to further protect them from termites as well as keep them dry. You could parge the cement board as a finish.  If that turned out to be proud of the above grade wall then you could install a flashing to direct water to the exterior of the cement board. There is of course more to it than that and you would be wise to include drainage as well, but first let us know if that's even a posibility.

Thank you for this Idea. I will try to to do that. Another question I have : do you see any issue with having only rigid 2". rockwoolboard (R6) agains the wall in the locations where wall more than 50% below top of soil and having no insulation between studs?   Meanin there will be approx 3.5" of air. space between back of drywall and insulation for half of my wallkout basement foundation wall length

I don't quite understand the assembly you are describing, can you re-word that?

What insulation should I put on basement block walls that is resistant to mold?

What is your opinion on filling block foundations with concrete?

Can you insulate a concrete block basement walls with only rockwool?

Should you put insulation on the outside of a cinder block wall in a desert?

How do you prevent mold in a finished basement?

What is the best way to insulate a 1780 brick federal with stone foundation in New York?

How do you fix moisture problems in basement?

What is the best way to insulate a 2x8 wall?

What is the best foam board insulation under drywall? 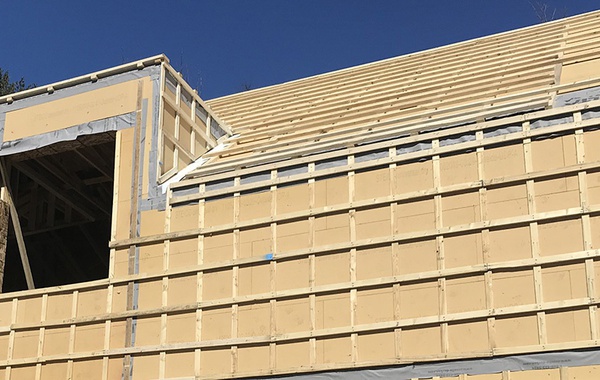 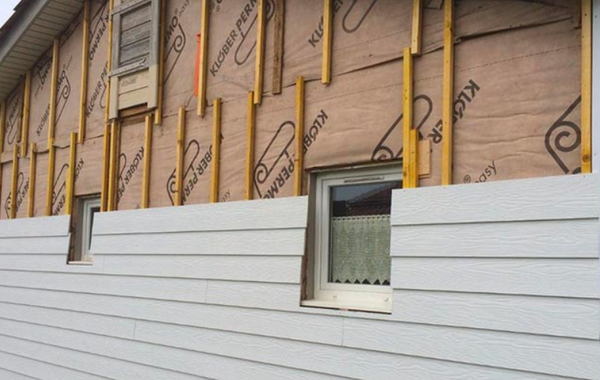 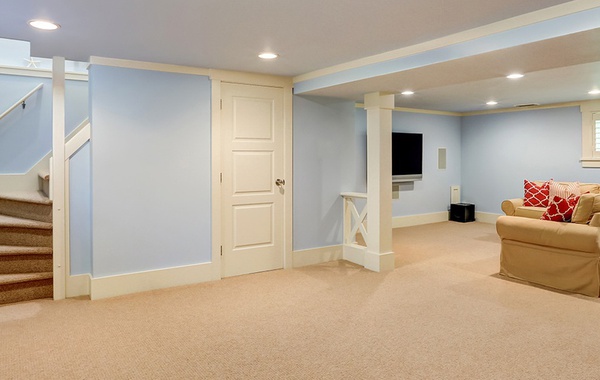 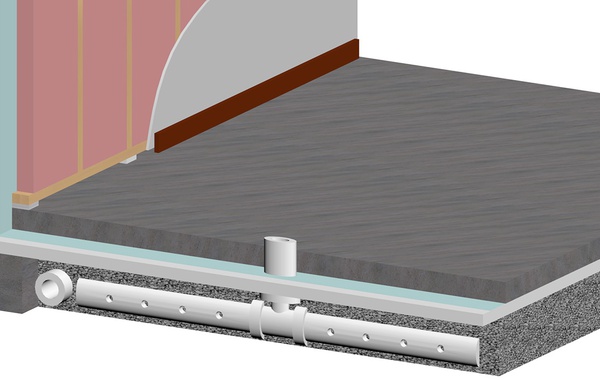 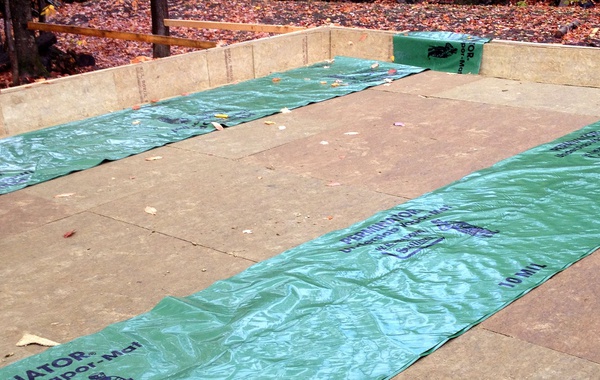 Installing 8 inches of Roxul mineral wool below a concrete slab floor. Insulating below slab-on-grade foundations Why insulate under a slab on grade foundation… 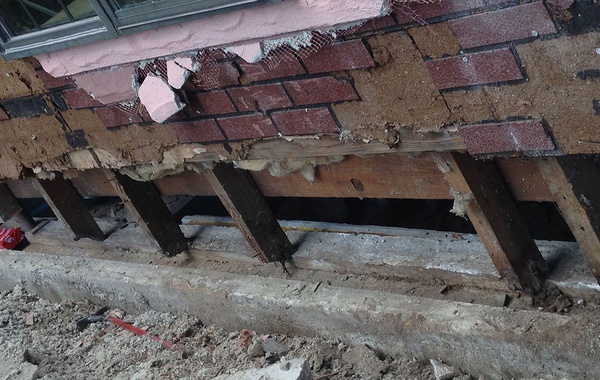 Whether a house is worth rebuilding or is better torn down depends on a lot of factors, many of them personal, but also financial considerations like grants, s… 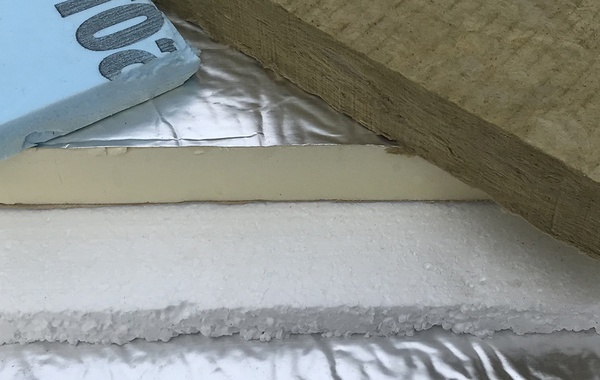