Calculating & Comparing the Carbon Footprint of Buildings - the EC3 Tool

How wood structures compare to steel and concrete for Carbon Footprint

A Sustainable, Zero-Carbon Alternative to Portland Cement concrete from…

The carbon footprint of a building is the sum of 2 things; the embodied carbon from construction & the energy used once built. The EC3 tool from Skanska calculates a building's embodied carbon

EC3 Tool – The background - The interest in the environmental impact of buildings is not new by any means: scientists and building experts have been studying the life cycle analysis of buildings for several decades, particularly for certain materials such as the impact of structures built of wood versus steel or concrete.

The life cycle analysis of a building assesses the potential environmental impacts of a building from start to finish. In the interests of completeness, the factors considered are as follows: human health, the quality of ecosystems, climate change and use of resources.

In the U.S. by Dec 2019 four hundred and twenty-seven cities have signed the Mayors National Climate Action Agenda.
Additionally, The United States Climate Alliance, a bipartisan coalition of states and unincorporated self-governing territories in the United States committed to upholding the objectives of the 2015 Paris Agreement on climate change within their borders by achieving the U.S. goal of reducing greenhouse gas (carbon dioxide equivalent) economy-wide emissions 26–28% from 2005 levels by 2025 and meeting or exceeding the targets of the federal Clean Power Plan has grown to 24 members.

New York City was in the news earlier this year when it passed a resolution requiring extraordinary energy performance gains to the city’s largest commercial buildings by 2030.
It’s clear that municipal and state governments are aiming for affordable decisions that reduce carbon emissions. However, while operational carbon is important, we are only addressing part of the carbon reduction challenge.

For its part, the carbon footprint focuses only on the greenhouse gases (GHGs) involved in the life of a building. In short, it is an inventory that represents the impact of the building on climate change only. In the construction industry, the time has come for a drastic reduction in the carbon footprint of buildings.

If you consider the useful life of a building, about half of its carbon footprint comes from grey energy – or embodied carbon, and the other half comes from operating energy. The grey energy consumed during the construction phase causes a one-off embodied carbon emission: when the building is completed, this carbon footprint quantity no longer rises.

On the other hand, the operation of the building emits carbon throughout the life span of the building. And we're talking about all the infrastructure that utilise energy: heating, air conditioning, lighting, appliance consumption...  Both grey energy and operating energy release carbon dioxide into the atmosphere; the main difference is when they are produced. But why is it so urgent to address the issue of our carbon footprint?

The Urgency for Reducing the Carbon Footprint of Buildings

According to the Paris Agreement, global warming must be limited to 1.5 degrees Celsius, otherwise the climate change consequences will be irreversible. To do this, a report by the Intergovernmental Panel on Climate Change (IPCC) from 2018 mentions the need to reduce anthropogenic CO2 emissions by 45% compared to 2010.

Buildings are the biggest source of climate pollution producing 39% of global emissions. Additionally, building construction, maintenance and renovation generates the largest share of waste in landfills. With city populations forecast by the UN to double by 2060, data suggests this global population growth will require doubling of the space built. Which is equivalent to building New York City every month for the next 40 years! And since 80-90% of the carbon footprint emitted by new buildings over the next ten years will be grey energy in the form of embodied carbon, this problem must be addressed immediately.

We can’t sustain the growing impact generated by traditional unsustainable materials & outdated building methods - for the good of everyone - buildings must improve! (Which, in case you hadn’t noticed, is what The Ecohome Network is all about.)

With this aim, recent years have seen a growth in sustainable green building certifications and programs, such as LEED, Passive House and  Zero Net Energy, though the trend was led by improving building efficiency in homes once constructed – better insulation, better air-tightness, more efficient heating, better internal air quality… which is a step in the right direction, but far from the whole solution to better buildings and homes.

With the introduction of LEED V4, PHIUS+ and Zero Energy Ready Home standards across the US and Canada, supported by higher performance building code requirements, the emphasis is now changing in construction to embrace the whole carbon footprint and to choose better construction materials and processes as part of a holistic approach to Zero-Carbon building – but until recently the problem was how to calculate and compare the embodied carbon in building materials.

How to calculate & compare the embodied carbon in building materials?

The introduction of the free, open-access Embodied Carbon in Construction Calculator EC3 tool by Skanska at Greenbuild, November 19-22, 2019 in Atlanta, GA simplifies this complex problem, giving construction professionals the information they need to make more informed decisions on embodied carbon, allowing them to enact positive change.

The EC3 tool: reduce the embodied carbon footprint associated with the grey energy of buildings

The database currently contains over 16,000 EPDs representing a wide range of key construction materials, which includes concrete, gypsum and steel. The free EC3 tool simplifies the calculating of embodied carbon emissions for architects, engineers, owners, contractors, suppliers and decision makers and The Ecohome Network fully supports helping to change our built environment for the better through the use of technology. 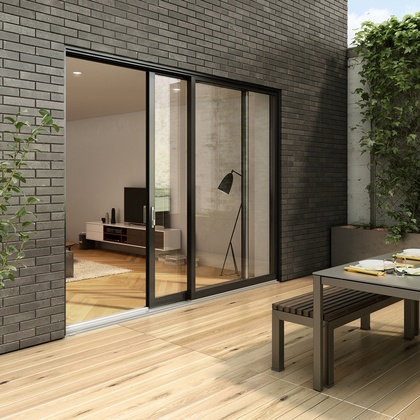 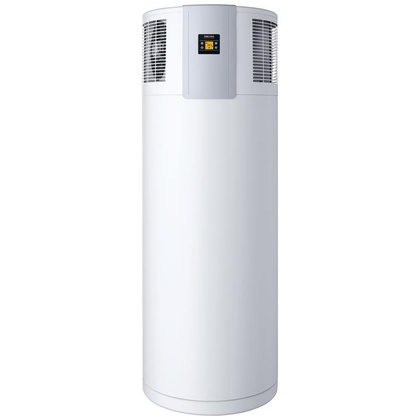 We recently built a LEED Platinum demonstration home with FSC certified lumber and cellulose insulation, so the total lifecycle emissions modelling shows it will release only a fraction of the carbon emissions of standard homes built today. Read all about the materials used for construction here –

Engineered lumber will usually make use of wood that may otherwise be wasted, so that is always a great idea. And further to that, whether you are using engineered or solid wood, sourcing it from sustainably managed forests that carry the FSC certification will further reduce your embodied energy. All the materials in your home will have an impact, and insulation is also a big factor, that's why we chose dense packed cellulose for the walls and ceilings.

What will reduce the energy consumption and carbon footprint dramatically with our demo house, is that it is seated on a solar air heated slab on grade. But the solar panels have not yet been installed, so those energy savings are not included in that calculation. The panels will also produce domestic hot water in summer months, so only after a full years cycle with the solar air heating panels will we know the true performance, but without a doubt it will much lower as the solar panels are expected to supply about 80% of the heat load.

Wood is somewhere in the range of R1 per inch, so a log house wouldn’t be anywhere close to Passive house in terms of either airtightness or R value. We would be happy to help but as is there are too many questions in here and it would be difficult to really iron out any of your individual questions without getting muddled,  but I will give you some bullet point answers to start –

More than logs ‘breathing’ is that they typically leak air unless some sort of air barrier solution has been figured.

I would add insulation, I would not build an R11 house myself.

I agree that a Zehnder is sort of pointless, that is a top of the line ventilation system for helping achieve performance levels that would be difficult to achieve with a log house. The added money would be better spent elsewhere I think.

Minisplit heat pumps are a smart idea for efficient heating and cooling.

I don’t know about thermobuilt insulation, but I would say a metal roof is always a great idea as they last much longer than shingles.

Sorry we can’t help more, for the moment I suggest you dig through our building guide as a lot of your questions on best R values, air tightness, Ventilation equipment, roofing and heat pumps is all in there. You can search either from the category menu or in the search bar. From there if you have questions we can for sure help, just try to break them up so they are easier to address. Best of luck!

We are in the process of developing a listing of green builders, but unfortunately we don’t have it up and running yet. There are some general guidelines to being able to ‘find’ or perhaps ‘identify’ who would qualify as an advanced and high-quality home builder, mostly by asking the right questions. For the most part there aren’t really ‘cerfified’ green builders, but those how have built such homes generally advertise as such, and they will often have logos on their websites indicating they have successfully built a Passive House or a LEED certified home. This page here is exactly what you need, it can help you know the kinds of things to look for and the kinds of questions to ask -

It really comes down to either finding one that has already built to a high level of quality, or just a quality builder that shares your vision and is honestly and truly wanting to learn. The practices aren’t really that different, it’s more about attention to detail, choosing the right materials, and including the right amount of insulation in the right places, and installing it well. I Hope that helps, glad you are finding the site valuable and thanks for the kind feeback!

Gabion cage walls can add thermal mass to homes without adding significantly to the carbon footprint of a home like concrete can. Gabion walls are retaining walls built by…

How wood structures compare to steel and concrete for Carbon Footprint

Mark Hutchinson, Vice President of Green Building Programs at the CaGBC, speaks about the new Zero Carbon Buildings Initiative.   SAB: What does the CaGBC hope to achieve with…

In order to help the mid-rise construction sector, Ecohabitation our Quebec partners have conducted a large-scale comparative study in 2022 demonstrating that the construction…

With the goal of enhancing the natural healing environment of their hospital while minimizing their ecological footprint, Bluewater Health in Sarnia will be the first acute care…