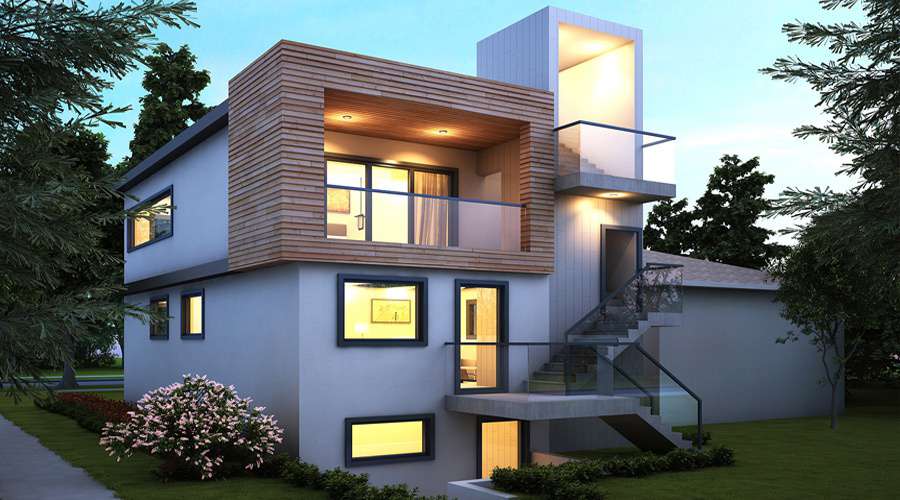 As a part of their Greenest City Action Plan, Vancouver is helping builders get homes certified under the Passive House Standard.

Vancouver has set a goal of being the greenest city in the world by the year 2020. Some of the policies included in that plan are expanded public transportation, bike lanes, encouraging laneway houses for urban density and requiring all new civic buildings to be zero emissions.

The city has also imposed upon itself a more rigorous building code than the national norm, and it is encouraging builders to take it even a step further by removing as many obstacles as they can to make pursuing high performance building certifications easier. The process of attaining Passive House certification has been called many things, but 'easy' isn't one of them. Here are some of the initiatives the city has undertaken to make that process more appealing.

A good return on investment is the biggest driver in building design, and the City of Vancouver knows it. To show builders the financial benefits of building to Passive House levels, the city has published a complete study that precisely quantifies the extra costs and benefits that come from extremely efficient construction methods rather than building to meet the minimum performance requirements of the city's building regulations.

The conclusions are of course relative to the mild climate Vancouver enjoys, but the study showed an approximately 2% to 7% increase in building costs, which is very reasonable considering the expected reductions in operational costs of between 20% to 25% versus a code-built house.

The city has assembled a climate specific reference guide for architects and designers, to help them attain the performance levels required for certification, containing all the necessary information on:

• building orientation and shading for passive heating and cooling

To facilitate Passive House builds and the additional requirements they have in terms of building envelopes, the City has amended its zoning and development bylaws that presented additional challenges for builders trying to meet PH standards. This includes conditional heights of buildings and depths of backyards, for example.

On a case-by-case basis they have also been waiving the requirement to connect to district energy for multifamily projects pursuing PH certification.

After the most recent update, the city's building code now recognizes PHPP software (passive house planning package) for energy modelling, meaning builders are no longer required to do a HOT2000 or ASHRAE 90.1 compliant model in addition to the PHPP modelling required for Passive House certification. (ASHRAE: American Society of Heating, Refrigerating and Air-Conditioning Engineers)

The first certified Passive House was completed in early 2016 and boasts heating bills of less than $20 per month for a family of four in the middle of the winter.

See all about Passive House Standards here, look into the specifics of Passive House certification in North America here, read about the first Passive House in Alberta here or browse through the EcoHome Sustainable & Green Building Guides here.

I have as many questions as answers unfortunately, but it will at least get us started. First of all, where exactly are you located in relation to Vancouver? Prices will vary a lot by region so it's very difficult to pin down a cost for you, you're better to get even a ballpark from individual builders. We don't have a list of regional builders for you unfortunately, but if you aren't too far out of Vancouver I would recommend looking into a Vancouver company called Lane Fab Design Build, even if they aren't close enough to build it for you they can help you with design, and possibly supply you with prefab walls as well, maybe even give you the name of another suitable builder if you're out of their range.

And are you looking just to build to a Net Zero standard or to get it certified? If so here is the Canadian Home Builders Association page on their Net Zero program, they may also be a resource to help you find a builder. I didn't want to leave you hanging too long without an answer, but I have a few lines out asking for more information for you, hopefully I will be able to add more to this soon.

To find the most efficient Passive House wall, if your intention is to reduce your carbon footprint, starts with choosing materials with low-embodied energy.  Different insulation materials will have different R values per inch - which affects the energy required to operate a Passive House - but that doesn’t address the embodied carbon, meaning the energy required to manufacture the materials in the first place. That aspect is finally getting some traction in the green home building industry, and a free carbon calculator has recently been released, which lets you input different materials to see the overall impact.

The LEED Home Rating System has always rewarded points for material selection (awarding points for locally produced, recycled and reclaimed building materials, but Passive House certification has so far not made that a concern at all unfortunately. PH focusses on the energy required to heat and operate a home, but it does not consider the fact that some materials have significantly greater embodied energy.

We think that will begin to change soon. Here you can find everything you need to know about Passive House certification, and back to wall design – any material can be chosen, success is measured by the right amount and proper applications of insulation and a focus on airtightness. Here is an example of a Passive House wall system with Larsen trusses and cellulose insulation that has an extremely low carbon footprint. So this full life cycle of that home would be easily 10 or more times lower than a Passive House made of ICF, even if their heating bills were identical to the penny. Material selection is very important! Thanks for the question.

With Beachaus II about to recieve LEED Platinum certification from the CaGBC, Inhaus Developments continues to raise the bar for home construction in White Rock, BC. A quick…

Urban centers are increasing in population, with that comes the challenge of making them a healthy and enjoyable place to live, both in a green home and out. First published in…

Are you a BC builder concerned about what the new BC Energy Step Code will mean for your business? EcoHome's been writing articles about high-efficiency construction for over 10…

The Un-certified but 'Damn Near' Passive House.

Sustainable building practices can reach the stage where cost effectiveness becomes questionable & when money should be used optimally. The "Damn Near" is a Passive House on a…

A certified Passive House in North America & Canada can be certified by the Passive House Institute PHI or PHIUS, the US certification system. Discover the differences to decide…