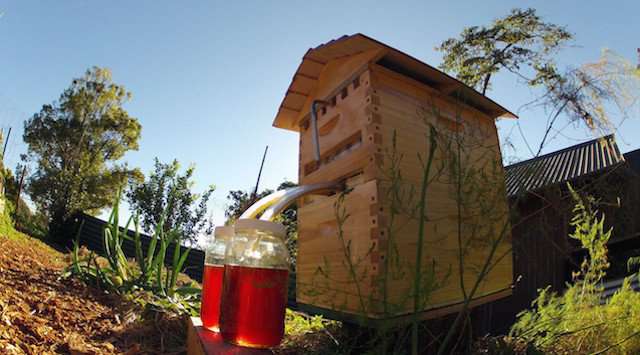 Growing food in urban cores with the Urban Farm Unit

Imagine siphoning honey straight from the hive, no mess, no fuss, with little to no stress on the bees.

Can you imagine having honey on tap straight from your beehive? That is exactly what father and son team Stuart and Cedar Anderson aim to bring to market with an Indiegogo campaign they are launching later this month. Update: It launched yesterday! Don't miss out, one day into the campaign and they have raised over 1.9 million dollars greatly exceeding their $70,000 goal!

Their invention is called Flow™ frames, and allows beekeepers to literally tap their beehives. Not only will this allow beekeepers to reduce the stress levels of their bees, but it will revolutionize honey harvesting, making it easier, cleaner and less labour intensive than ever before.

After ten years of research and development in the field, the duo feel ready to bring their invention to market, making this upgrade in simple technology available to beekeepers everywhere. With an Indiegogo launch aimed for Feb. 22nd, the apiarists plan to begin the manufacturing and distribution process within four months.

Given all the righteous noise we hear about bee colony collapse lately, their launch couldn't come a day too soon. And the easier it is to bee keep, the more likely it is people may be inspired to pick it up.

The father and son team have spent the last few years trying out their devices in Canada, the U.S. and Australia. Below are a few  testimonials from the beekeepers involved in daily testing and operation. More can be found on the HoneyFlow website.

"In 2014 I had the pleasure of testing the Flow frames... The bees quickly accepted the frames and in less than 2 weeks stored and capped 40 lb of honey. I must say it was quite exciting to see the first bit of honey appear at the outlet, then make its way down the tube into the jar. Mesmerizing.”

- John Gates - Canada 26 years with the BC Ministry of Agriculture. Lectured throughout Canada, USA and New Zealand. Beekeeping since 1974

“Mind Blowing...It's not very often something is so revolutionary as to blow my mind...Saving 20% of harvest labor is not trivial, 40% is amazing, 60% is revolutionary. But 95%, that’s Mind Boggling!”

“The bees took to it quite quickly and filled the box in a couple of weeks. The honey comes out clean, no filtering needed. The bees remove the caps off the comb and start filling it again. Great system. I’ve seen this working and I would recommend it”.

The Flow™ Frames Indiegogo campaign launches Feb. 22nd, until then, like their facebook page or jump on their mailing list to keep up to date or to grab a Flow™ Hive for yourself! I know I want one.

I want one NOW! Have been preparing my garden for the day the bees would come to our home.

LOVE IT! WANT IT!

site needs a little work . . . it gave me two "errors" and had me re-post twice more!

Love it, I want one or more

Love it and I want one too.

I love it and want some too 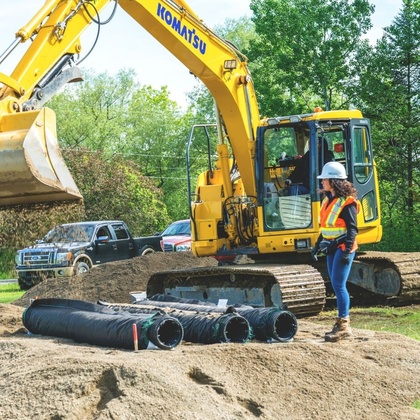 Garden Centers & Nursery Growers By The Lawn King of Texas

A layered no-dig lasagna garden may be an easy way to convert a lawn into a food producing garden - but it's critics may say it's too easy - Ecohome investigates. As with any…

Growing food at home, even in an apartment, is easy for both adults & kids ; here is a beginner’s guide to growing tasty greens & vegetable sprouts indoors - just add some…

With a little creativity & ingenuity small spaces can be maximized for a greater food harvest from your garden & look great doing so. Many of us look forward to the unmistakable…

Lasagna gardening is one of the easiest ways to grow vegetables at home and turn a high-maintenance lawn into a productive garden space. What are the pros and cons of the…

Growing food in urban cores with the Urban Farm Unit

Designer Damien Chivialle re-imagines how we feed our cities, one container at a time, combining aquaculture & hydroponics. So, urban agriculture. It's important, right? That’s…

Don’t let a lack of direct sun exposure stop you from growing your own food, there area many vegetables that will grow well in the shade. If you're like me and you love to grow…

A classic fall time activity - the habit of collecting fallen leaves has been called into question by many environmental experts. What are the advantages and disadvantages of…

Want to learn what how to slow climate change by altering your diet a bit? Learn what foods have the lowest climate impact. How does diet affect climate change? Dwindling water…

7 key principles for an abundant greenhouse

The year round off-grid greenhouse demystified, a Guest Post by Lindsey Schiller. As a native Californian transplanted into a much cooler climate (Western Quebec), I find myself…