Our home was recently tested for radon and is at 33 Bq/m3, which I understand is relatively low and does not require any remediation. Does that necessarily mean that, by extension, our well water is low in radon as well? We haven't yet tested it, and don't know if we need to. I do know that a high air reading can be the result of high level of radon in well water. Thanks for your input.

A low reading of radon gas in your air is great, and it’s certainly an indication that perhaps there isn't a lot of radon in your water, but I wouldn't consider it conclusive. Here is our page on radon gas in water that would be a wise starting place –

How to remove radon gas from well water

But to address the issue more specifically in your case, do you have and regularly use a bathroom fan when showering? If there was radon in the water, it might be being successfully removed at the source. And if you have either a lot of air leaks in your home or your run your HRV for extended periods then it is possible that you could have high levels of radon gas in the water and it may just be being removed by fans and ventilation equipment.

I’m not try to spook you here, just making the case for getting your water tested: ) If you have a reading of 33 that’s nice and low, but even that low amount could feasibly be due to radon in your water. For anyone that gets their water from a municipal source, Radon gas in water isn’t an issue so don't worry, it is fully aerated by the time it gets to you.

Mike: Thanks for the qualified answer, and your words of caution (i.e. "get it tested, to be absolutely sure") are well-recieved.

I do take some comfort in learning (through another information source) that the risk of acquiring a radon-related diease through ingested radon is significantly less than through an air-borne source, despite the fact that our water may (as you say)  be the sole source for whatever small amount that remains in our household air. Further, our drinking water is run through an RO system, with activated carbon filters, which can (I understand) trap some or a lot of radon in the water. So at least we're not drinking radon, or as much of it, if our well is the source for our air-borne radon.

Our house is probably moderately air-tight; its a century home that has been updated, runs a woodstove regularly, but with no HRV. The bathroom fan does run during showers. But... without an air leakage test, its not easy to estimate the rate of air exchange, and draw any definitive conclusions about how much radon is possibly being vented, and how much is being "generated" within the structure. Or from where it may be coming.

We'll look into this further and hopefully eliminate the possibility that well water may be concern.

Happy to help Steve, but I will elaborate a bit more since I had significant radon testing at my home a few years ago, including a pass with a Geiger counter and water testing, as well as me visiting the lab where the testing was done. What I learned was a bit of a surprise.

To explain my situation – the radon in the air was quite high, and the most workable solution was to install a dedicated HRV in the basement that is triggered by a radostat radon gas detector when levels hit 200 Bq, which is the level at which Health Canada recommends taking steps to mitigate radon gas exposure (at my home the basement isn’t living space so the higher levels down there is not a major concern).

The air flow of the HRV is set up to leave the basement with positive pressure at the end of its cycle in order to help keep the radon gas in the ground.

When we tested the water for radon gas we were all quite surprised that the levels were extremely low given how high it was in the air, and I mean the technicians at the company performing the testing began to question results. Water testing is an easy one to get an inaccurate reading with, since any agitation before testing (even just jostling in a jar when its on the way to a lab) will release the gas.

And to your comment about the relatively low-risk of health concerns from ingesting radon-rich water, I’m not trying to put a fear into you but I would share this with you - when going through this whole procedure, it was explained to me that there has not yet been enough evidence to put out a health warning about the health risks of drinking water with high radon levels, but there is also not enough evidence to suggest it is safe. I just wanted to pass that on. And as a quick and easy protective measure, if you fill a jug to use as drinking water and give it some time to sit, any radon in the water will have a chance to escape.

I'd like to also add that if you're regularly using a woodstove inside your home, you're almost certainly introducing more air contaminants and health risks with that stove than you might ever get from any radon in your groundwater.  If your woodburning furnace is in a separate structure, you can probably ignore this comment.  BTW, I'm a degreed hydrogeologist, chemist and environmental consultant; I'm not in the business of selling furnaces or treatment systems.

Good point Mark about woodtoves and air quality, but I would add a thought -  they are two separate issues and neither is good for you. A wood stove that is fed with interior air will draw exterior air in through cracks exactly as you suggest, and bring in contaminants with them. For that reason I would consider a direct feed to your wood stove so it pulls air from the exterior and therefore has nothing to do with depressurizing the interior space.

But radon gas is an entirely different health risk, it's the second leading cause of lung cancer after tobacco smoke. So I wouldn't choose between them. And if you have very high levels of radon in the air or water of your home, addressing that would be my number one air quality priority. And further to your woodstove comment, one that pulls air from the house will also draw air from the basement which could be rich in radon. This doesn't really apply to Steve since he has a reading of only 33 Bq/m3, but for anyone with high radon AND a woodstove, a direct air feed to your wood stove would reduce the amount of radon gas drawn up from the basement and make for much safer indoor air quality. 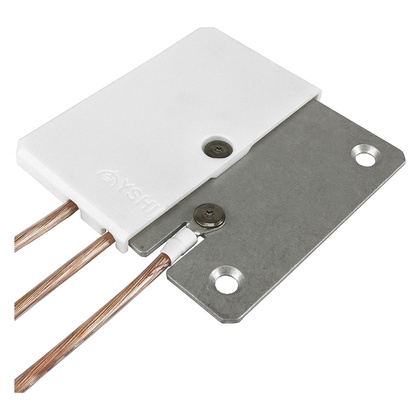 Is sealing basement concrete floor against radon a good idea?

Can you use an HRV or ERV for radon removal in a dirt floor basement?

Is polyiso board or styrofoam best for insulating when finishing a basement in CO?

Which is best between well water vs rain water harvesting?

We have water butt's to collect water. How could we get them to water tank so c

Should you seal all rods and penetrations for a radon barrier?

How do you insulate a crawlspace with dirt floor?

Do you have recommendations for radon sealing basement concrete & installing new flooring?

What is the optimal setup for mechanical systems for slab on grade?

Radon gas in homes is a growing health concern. Adding a passive radon stack is always a good idea to prepare a home for better indoor air quality. Radon gas builds up in homes…

Removing radon gas from existing basements and crawlspaces can be very effective, here are different options for different situations. Radon Gas in Crawlspaces & Basements - why…

Installing a 10 mil polyethylene barrier below a concrete slab floor to prevent moisture wicking and create a radon gas barrier. How to Install a Radon Barrier - Slab Floors If…

As so many searches are done online for Radon Gas Maps, Radon Gas safe levels and Radon Maps by State of USA or Province of Canada - We decided to stress the importance of…

We spend an average of 90% of our time indoors, where air is usually 3 to 4 times more polluted than outside air. Building practices and building materials can lead a building…