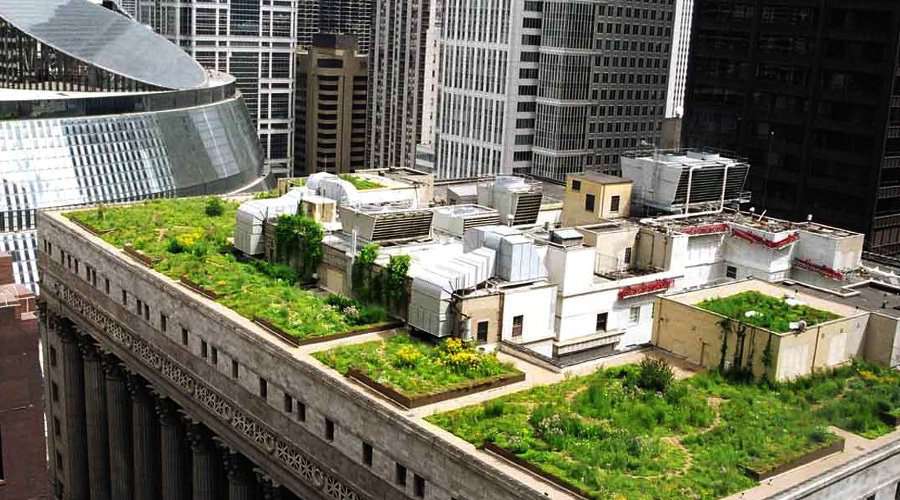 How to build a greenhouse in a cold climate

How to add greenery to an existing metal roof?

Toronto will soon see an explosion of green space in the downtown core as residential and commercial buildings comply with new bylaws. In the process we will see a cooler city, cleaner air, cleaner water and lower utility costs. All that and a great place

It's becoming increasingly more common to hear of record breaking weather patterns from rainfall, snowfall, or most commonly, high temperatures. On those hot smoggy days, urban centres with dark roofs absorb that heat, often overwhelming our electrical grid with demands for cooling.

It wasn't that long ago that green roofs were a novelty, and the only person you knew that had one was your neighbour's crazy second cousin. That's not the case anymore, as many building ideas previously regarded as obscure and whacky are making it into mainstream construction.

Green roofs really started to take off commercially in April 2000, under the direction of Chicago Mayor Richard Daley. His fervour and determination for turning Chicago roofs into public green space earned him a measurable amount of legitimate criticism, but in this case it's hard not to think the end justified the means.

New York has picked up the trend and the Con Edison Learning Centre in Queens has estimated that since replacing their previous black roof with a living green roof, they've saved 34% of heat loss in winter, and have reduced summer heat gain by 84%.

Though a green roof can be double the price of a conventional flat roof, they will usually last 3 times longer, so right there they are economically sensible. On top of those savings, buildings will unquestionably see reduced annual utility costs for heating and cooling.

Green roofs provide natural storm water filtering and storage, offering a hidden subsidy for cities from reduced sewer and water filtration, a savings that can easily be transferred back to developers in the form of tax incentives.

The city of Toronto has legislation coming into effect April 30, 2012 that will require all residential, commercial and institutional buildings over 2000 square metres to provide between 20 and 60% living roofs, giving it the distinction of being the first city in North America to mandate green roofs.

Along with all those financial benefits, what is priceless is the effect on the environment and human quality of life. Downtown real estate does not come cheap, and that is generally reflected in the lack of green space.

Green roofs contribute to cleaner air, cleaner water, and become a sanctuary for people, birds and insects in an otherwise polluted, concrete and asphalt environment.

Given all those benefits, maybe your neighbour's cousin growing azaleas on his roof wasn't so crazy after all.

Green roofs have known benefits for biodiversity in urban areas, water conservation, insulation properties and are simply more attractive to look at - here is an example of them…

Ecohome has a number of awards for building groundbreaking sustainable homes, but Passive House projects on this scale are breathtaking in the way they are pushing the…

Got a Home You Want to Show Off? Nominate Yourself for an Award.

This World Green Building Week, (as well as every week!) we’re #BuildingLife and exploring how we can create a green, healthy and climate resilient built environment for all…

The UK Competition and Markets Authority is investigating "Greenwashing" of Products - Good!

We dislike product "Greenwashing," so it's music to our ears that the CMA in the UK will investigate descriptions and labels used to promote products and services claiming to be…

How to add greenery to an existing metal roof?