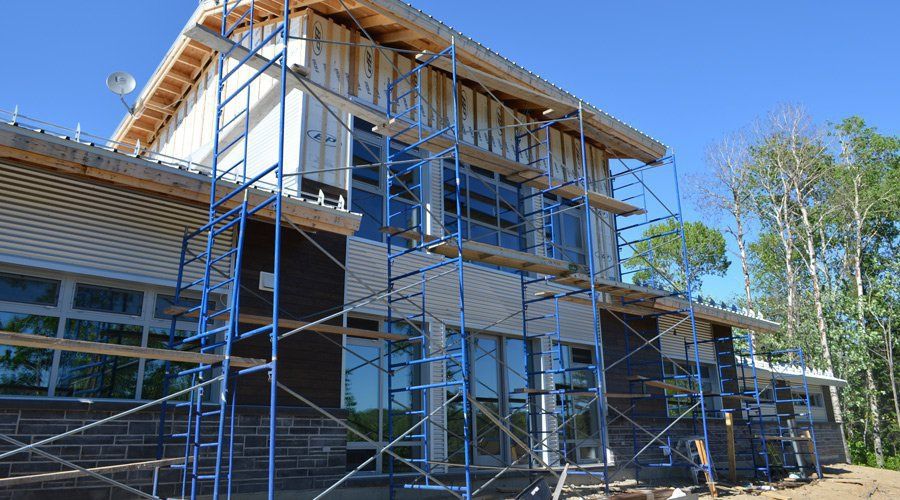 The First Demo House from Ecohome was the Kenogami House in Northern Quebec.  At the time of its construction it achieved the highest LEED score ever, and meets all Passive House performance standards.

The Kenogami House holds the highest LEED score achieved in Canada (106), meets Passive House performance of 15 kWh per square meter and won a Home of the Year Award from Green Builder© Media.

The Kenogami House is almost entirely passively heated, is solar powered, and was called the most resilient house in North America by the Resilient Design Institute.

Along with its unprecedented achievements, the Kenogami House continues to act as a laboratory for resilient, cold climate building practices. Through software energy modeling it was determined that the Kenogami House would likely require 14.6 kWh of heat per square metre per year, but its actual performance seems to be even better.

What we have learned this first winter is that 4 hours of heat captured from the sun can provide approximately two days of comfort. Regardless of outdoor Celsius temperatures in the minus twenties and no supplementary heat, with a day of full sun the Kenogami House has achieved interior temperatures as high as 26.9 °C (80.5 ºF), a temperature where many people will have already turned on their air conditioners.

During average winter conditions of temperature and cloud coverage for the Saguenay region of Quebec, the Kenogami House had its heating system turned off for a 10 day stretch in February, yet maintained indoor temperatures in the mid 20s (°C) and dropped only to 20.4 °C after consecutive overcast days.

To balance temperatures through the home, unheated water is pumped through the concrete slab floor to help transfer the warmth of the sun from the southern exposure to the north end of the house, also making sure rooms exposed to the sun do not overheat.

Other photos in Kenogami House 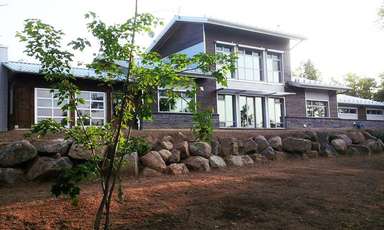 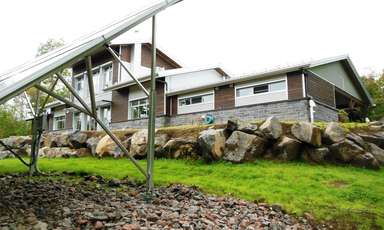 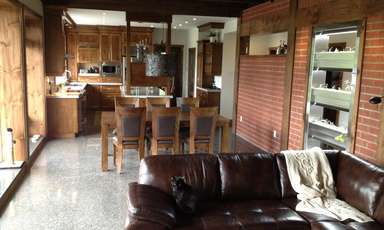 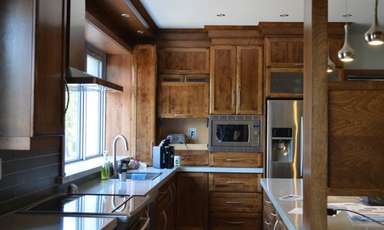 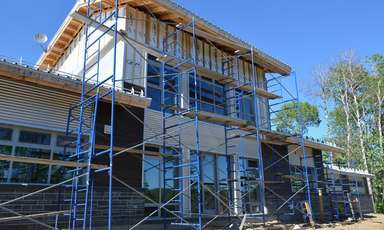 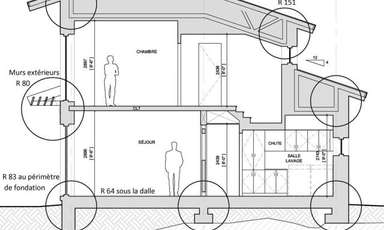 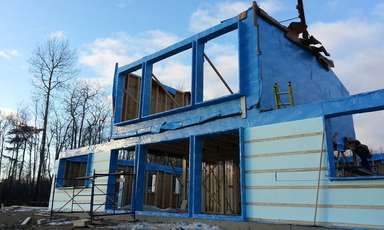